Macclesfield Town make the journey to Boundary Park as we prepare to face Oldham Athletic in Sky Bet League Two action this afternoon.

This fixture marks our 750th Football League match and we hope to celebrate this milestone in style with you all by securing a positive result.

Following on from last weekend’s 2 - 1 success in our local derby match against Port Vale at the Moss Rose, the Silkmen will be looking to push on and back-to-back victories against the Latics.

Silkmen TV caught up with Daryl McMahon to get his thoughts ahead of the match:

We hope to see as many of you as possible make the journey with us to Boundary Park and we look forward to hearing you play your part once again this afternoon.

Our hosts come into the match in 21st place in the Sky Bet League Two standings having amassed 11 points from their opening 13 league fixtures.

Their most recent match saw them suffer a heavy 6-1 away defeat at the hands of Mansfield Town with Nicky Maynard scoring three as the Latics were brushed aside.

However, the match could see veteran midfielder Chris McCann make his debut for the club after joining Oldham on a short term deal yesterday.

Their difficult start to the season has seen them change Head Coach already this season with Dino Maamria replaing Laurent Banide.

Maamria will be looking to secure his second victory in charge after defeating Morecambe in his first match in charge last month.

This is what he had to say ahead of the match:

"Macclesfield have started the season brilliantly. I know they favour a back three system and they're rigid with it.

"They've not had many injuries to hamper them. They are definitely not the Macclesfield of last season.

"They are solid, and they've got players who can really make a difference to a game.

"We will need to be at our absolute best on Saturday, and we need to bounce back in front of our own fans." 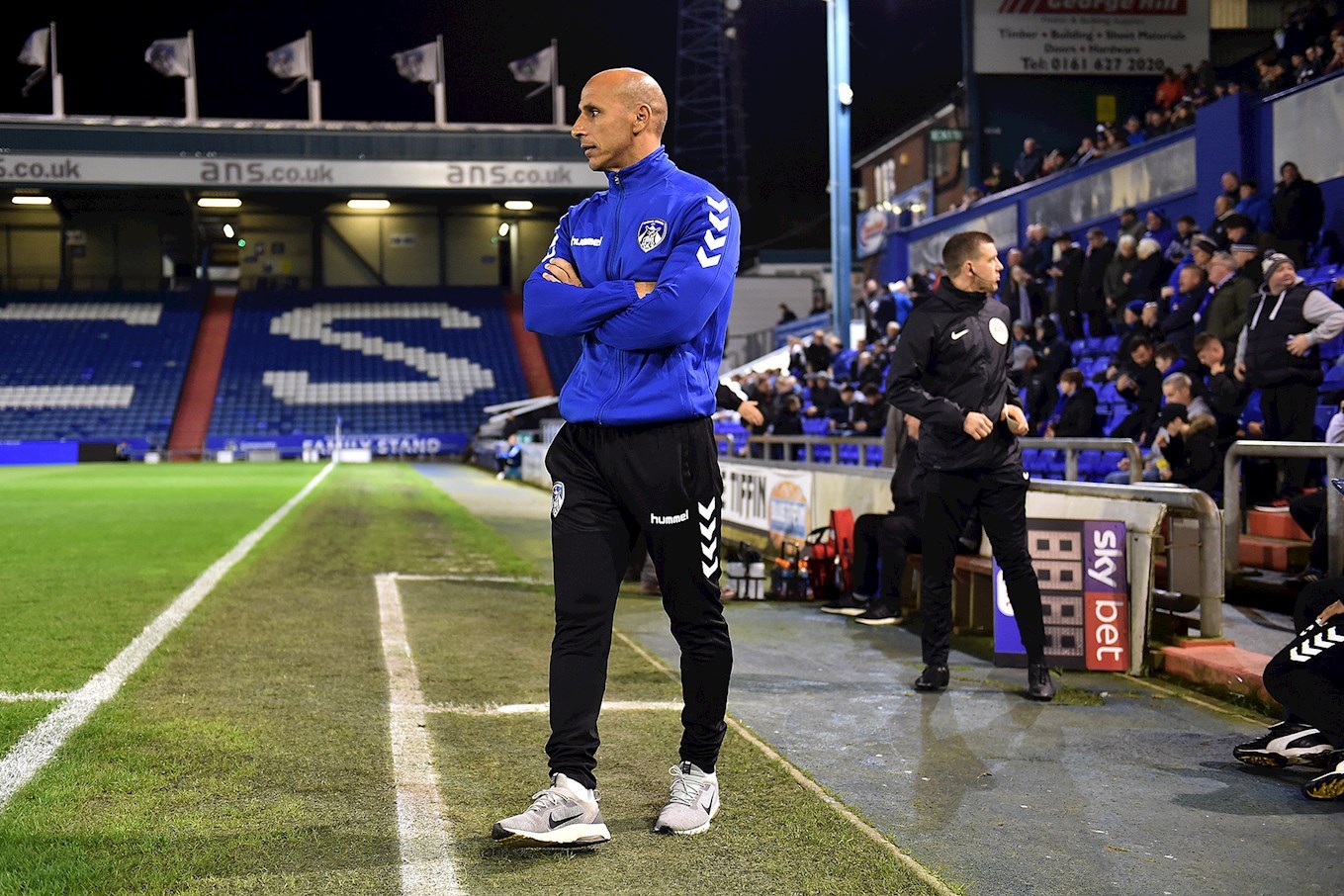 You can look though our handy away day pack here, all our previous visits to Boundary Park here and a feature surrounding those who have played for both sides here.