Following on from Saturday’s 1-0 victory away at Oldham Athletic, the Silkmen travel to Cheltenham Town this evening for our latest Sky Bet League Two encounter.

Having secured back to back wins for the first time under head coach Daryl McMahon with victories against Port Vale and Oldham respectively; Macc will be looking to push on as we try and make it three from three against the Robins.

We caught up with Daryl to get his thoughts ahead of the game:

"It will be a tough game.

"They are in great form and we go there in good spirits and are looking forward to the game."

The Silkmen are thought to have a clean bill of health going into the contest, the only absentee should be Jay Harris who serves a one match suspension.

Cheltenham come into the game on the back of a 2 - 1 away success against Walsall, with veteran striker Luke Varney netting a second half winner for his third goal of the season.

That result leaves the Robins in fifth place in the Sky Bet League Two standings, having accumulated 25 points from their opening 13 league matches.

Their last league defeat came at the end of August, a 1-0 defeat away at Crawley Town; so the Silkmen will have to show some of the fight and desire that we have in recent weeks if we are to thwart the in-form Robins.

Further, our hosts are yet to lose a match in all competitions at The Jonny-Rocks Stadium this campaign, winning five and drawing two ahead of this evening’s game.

Despite this, we are just five points behind Cheltenham, and we look forward to seeing you play your part as we look to continue our own good run of form by securing a positive result at Whaddon Road.

This is what Cheltenham assistant manager Russell Milton had to say ahead of the match:

"They are a good side Macclesfield. They're not the Macclesfield that were languishing near the bottom last year for long periods.

"It looks like they like to play. They've got a certain way of playing which is good.

"They've made a few changes in the summer and they are on a good run as well so I think it will be an entertaining game on Tuesday night.

"We're going to concentrate on ourselves largely but we're going to have to have half an eye on them as well." 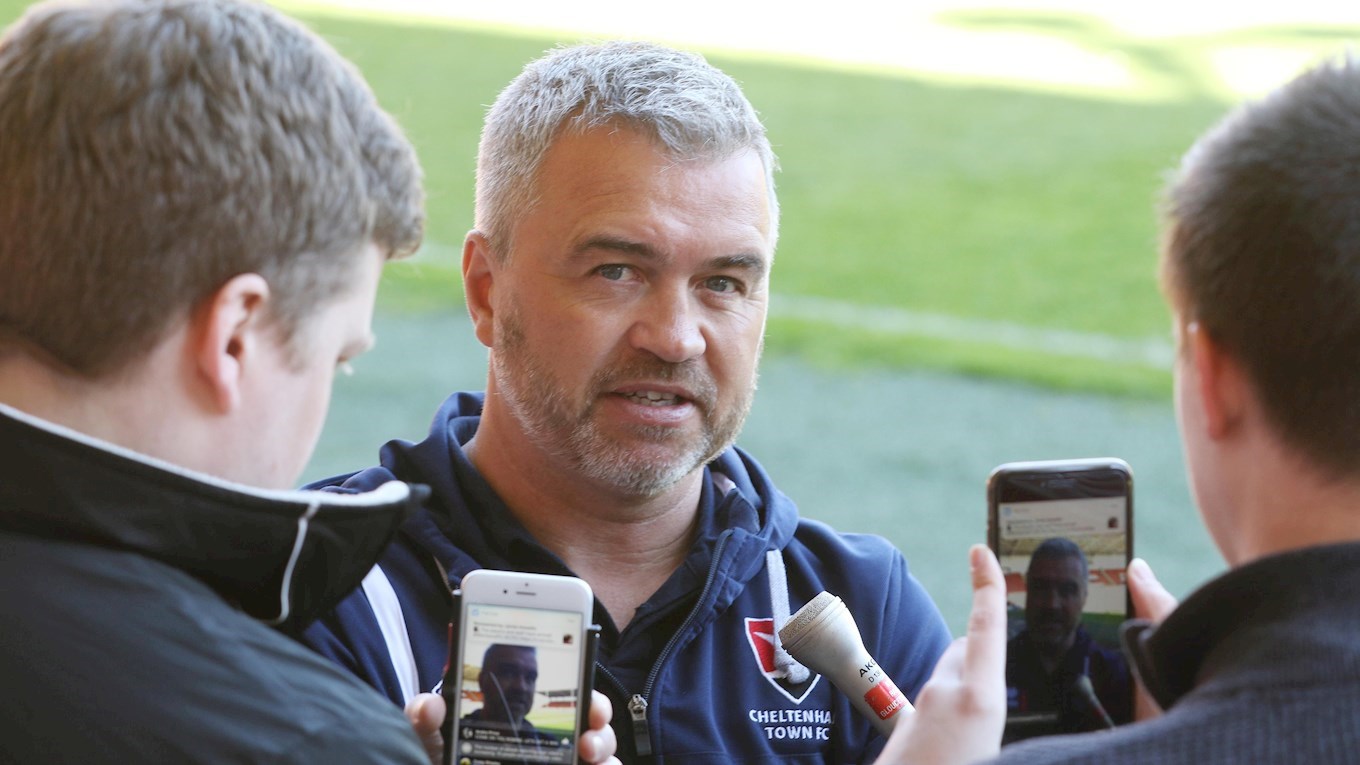 You can browse our pre-match Away Day Blues feature, read more about our past visits to Whaddon Road and find details of how you can stream the game live by clicking on the relevant links.

The Silkmen fell to a comprehensive 3-0 defeat at The Jonny-Rocks Stadium as goals from Luke Varney, Conor Thomas and Ryan Broom secured all three points for Cheltenham.

Macc held their own for much of the first half, with Joe Ironside coming close to putting Macc ahead just before the 20 minute mark; but his header was deflected behind Scott Flinders' goal.

Cheltenham took a while to grow into the game, with their first chance of note coming on after half an hour as Chris Hussey fired over the crossbar after Charlie Raglan's cut back.

Macc would have another chance through Arthur Gnahoua before falling behind, but his effort was blocked by the Robins' back line.

Luke Varney netted the evening's opening goal, sliding the ball into an empty net after Ryan Broom played the ball across the six yard area.

Conor Thomas then doubled Cheltenham's advantage on the hour mark as he stretched to divert the ball past Owen Evans.

Macc responded well to this setback and had the ball in the net as substitute Virgil Gomis turned Jak McCourt's cross into the net, but he was adjudged to have done so from an offside position and the goal was chalked off.

This would prove costly as the Robins added their third just three minutes later as Ryan Broom took the ball around Owen Evans to seal the points for Cheltenham.

Evans then produced a fantastic late save to keep out Alex Addai from close in.

Cheltenham would have the ball in the net once more as the game fizzled towards its conclusion, but Jonte Smith saw his effort ruled out for offside.

Smith would come close once more, but he clipped the post with a late right footed shot.

Macclesfield Town make the journey down to Gloucestershire this evening, as we take on Cheltenham Town at the Jonny-Rocks Stadium.

Admission prices are set as follows -

Students must have valid ID.

Silkmen fans are advised that sales on the turnstiles will be on a cash only basis.